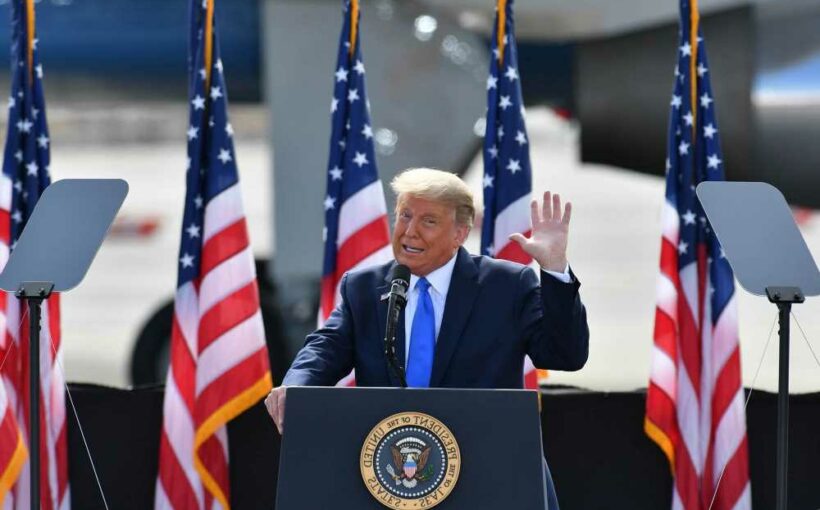 The 45th commander-in-chief will attend the Tar Heel State’s GOP convention in Greenville on Saturday, June 5, before serving as headline speaker for the event’s dinner that evening, Team Trump confirmed when reached by The Post.

The address, first revealed by the North Carolina GOP Monday morning, is separate from the two in-person rallies the former president is planning for next month.

“We are honored to welcome President Trump to our convention as the Republican Party launches our campaign to retake Congress and the Senate in the 2022 midterms,” NCGOP chair Michael Whatley said in a statement revealing the news.

Dates and locations for the two rallies have not yet been announced, though a source familiar with the matter told The Post late last week that the ex-president’s team was in the process of selecting venues.

A third rally being planned for sometime around the July 4 holiday is also in the works.

While he has sat for occasional interviews since leaving office in January, Trump has not addressed a campaign-style rally since Jan. 6, when he delivered remarks at a “Save America Rally” just before his supporters there stormed the US Capitol.

The subsequent riot led to the deaths of five people and Trump’s impeachment by the House of Representatives, though he was acquitted in the Senate.

The former president has repeatedly made it clear that he is “100 percent” considering a 2024 White House bid.

“The polls show that everybody wants me to do it. One hundred percent I’m thinking about running, and we will, I think, be very successful,” he told Fox Business late last month.

Speaking to the Daily Wire last week, Trump said he was “enthused” about possibly running again, saying, “I look forward to doing an announcement at the right time.”

“It’s very early, but I think people are going to be very, very happy when I make a certain announcement. You know, for campaign finance reasons, you really can’t do it too early because it becomes a whole different thing.”

“Otherwise, I’d give you an answer that I think you’d be very happy with,” he added. “So, we are looking at that very, very seriously, and all I’d say is stay tuned.”