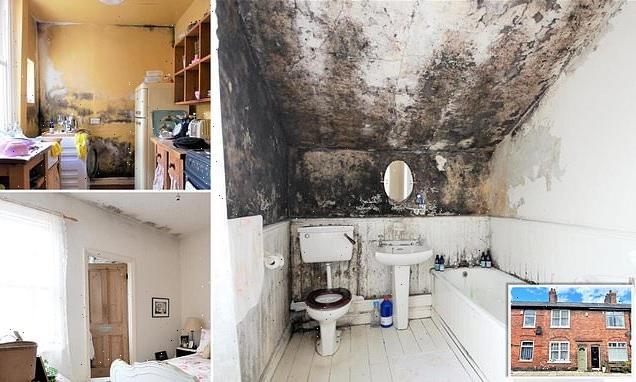 Holy mouldy! Two-bed terraced house in York goes on the market for £175,000 – despite walls covered in black mould

Buyers have been left horrified by a £175,000 terraced house on the market covered in black mould.

Viewers voiced concern after seeing the condition of the two-bedroom home in York.

A picture of the bathroom reveals walls covered in black mould, while downstairs the kitchen has white and black mould spreading throughout – including around the fridge and washing machine.

The living area does not have flooring and has a large hole on the wall next to a window where fungus is sprouting. 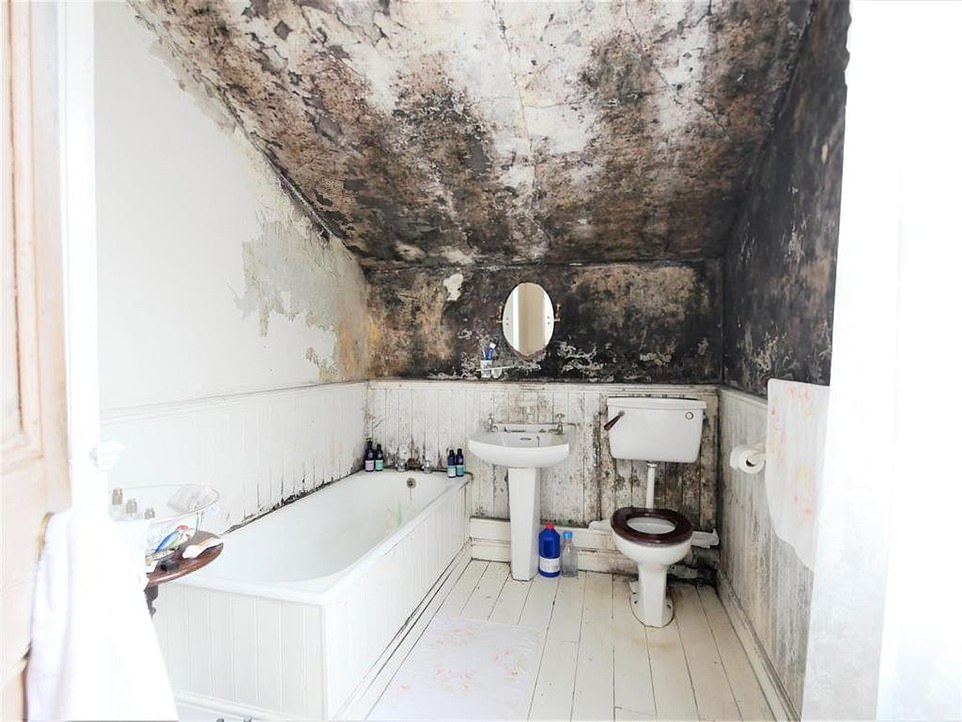 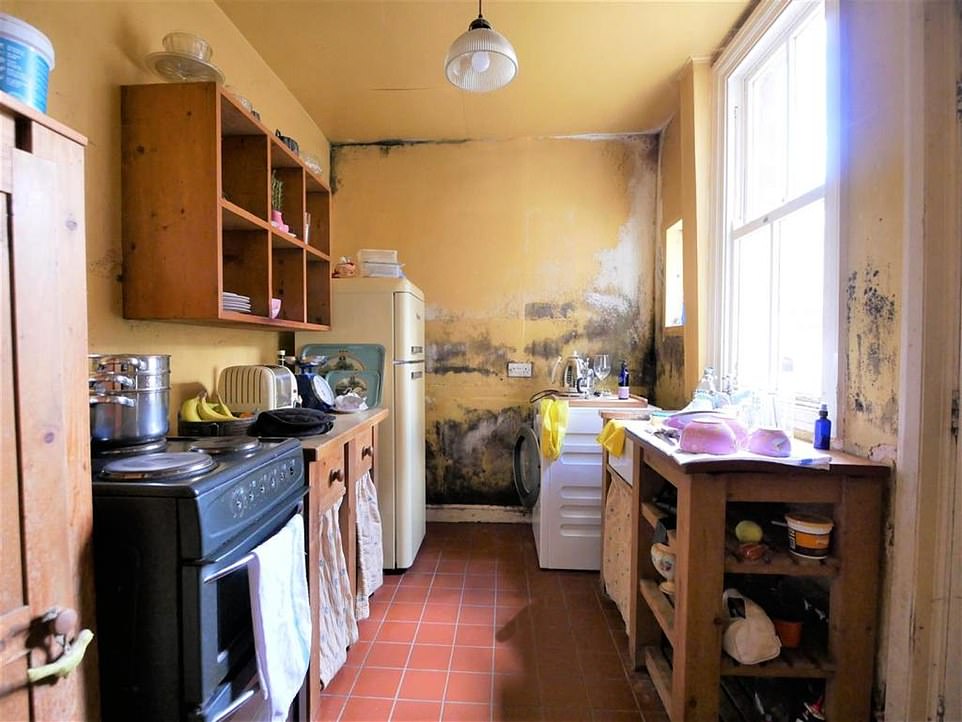 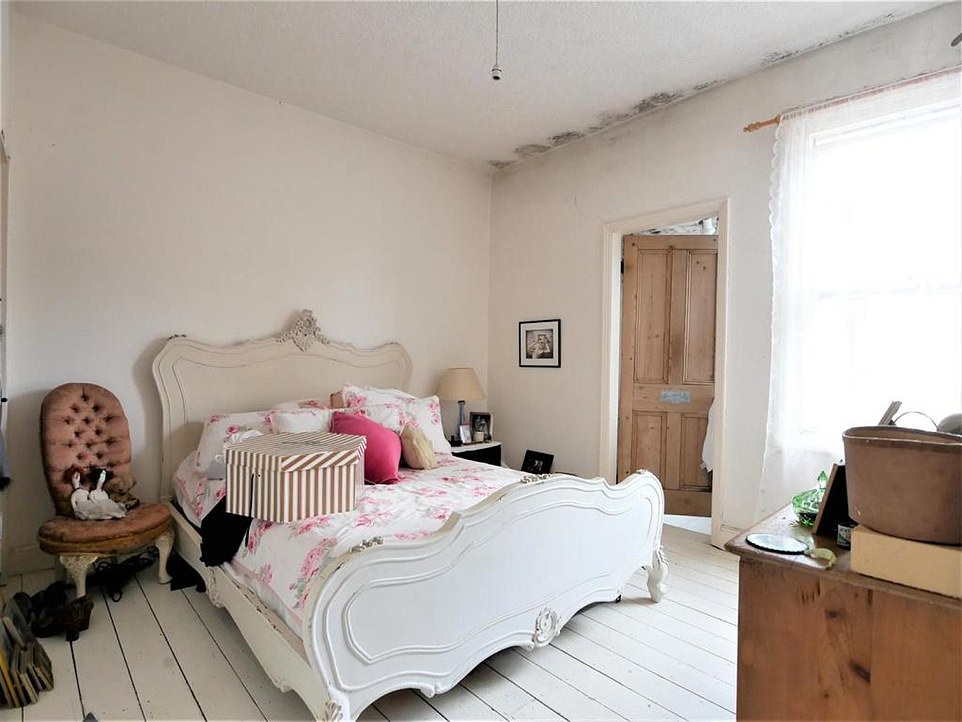 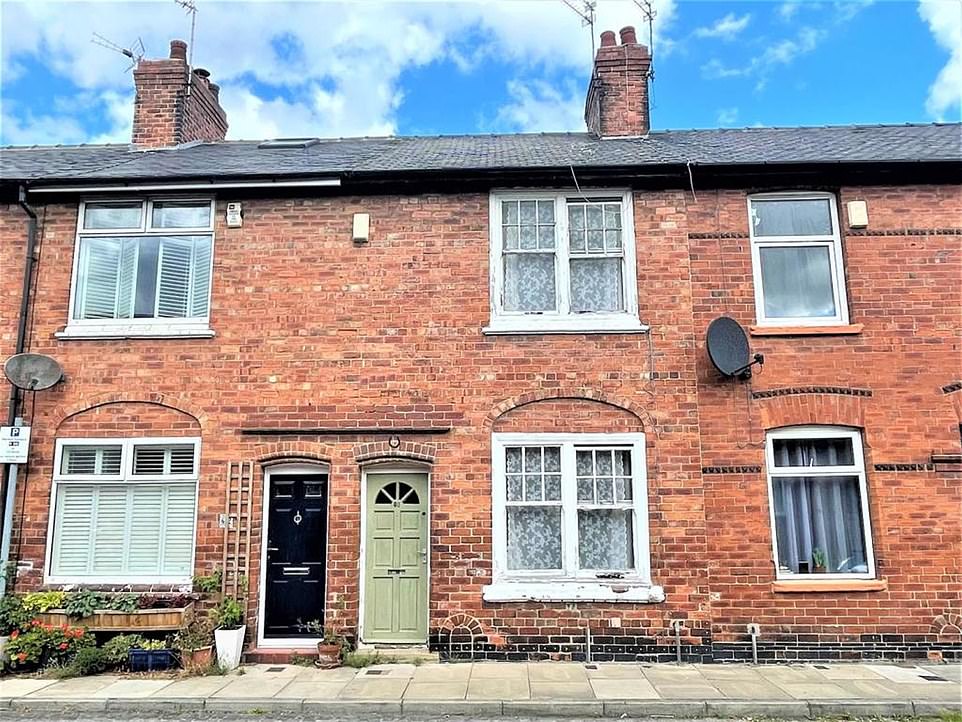 The two-bedroom terraced house in York has gone on the market with an asking price of £175,000

The mould can be seen creeping across the roof of seemingly every room in the property.

Estate agents Churchills optimistically described it as ‘in need of some improvements’.

The firm said: ‘A two-bedroom period mid terrace house, in need of some improvements, situated in this popular and convenient residential location close to the York city centre, hospital and York St John University.

‘To the outside to the rear is a courtyard with brick outbuildings.’ 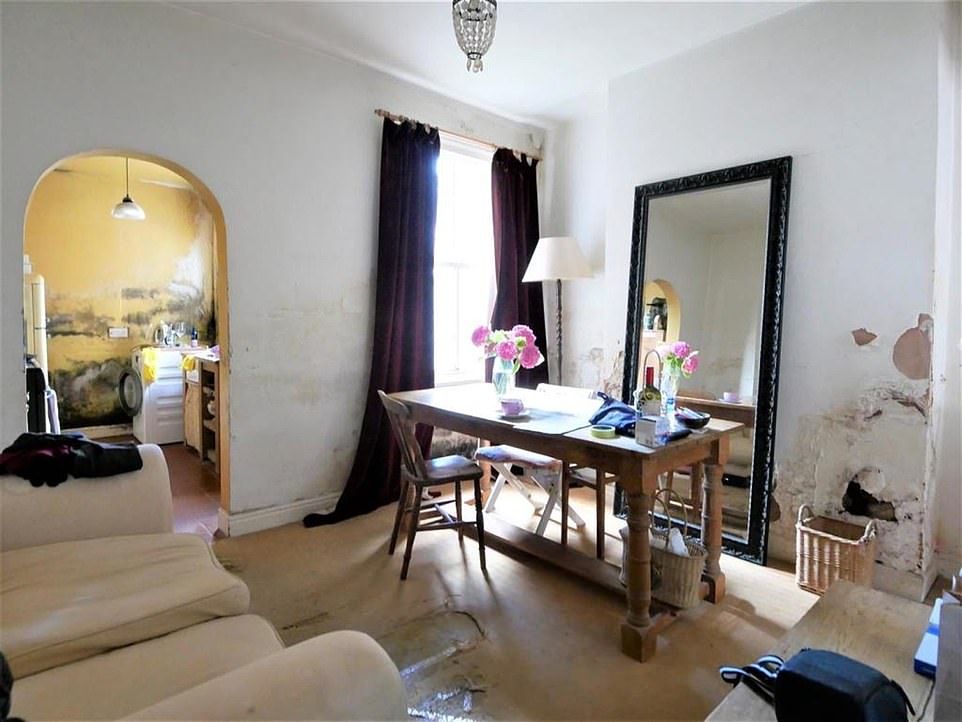 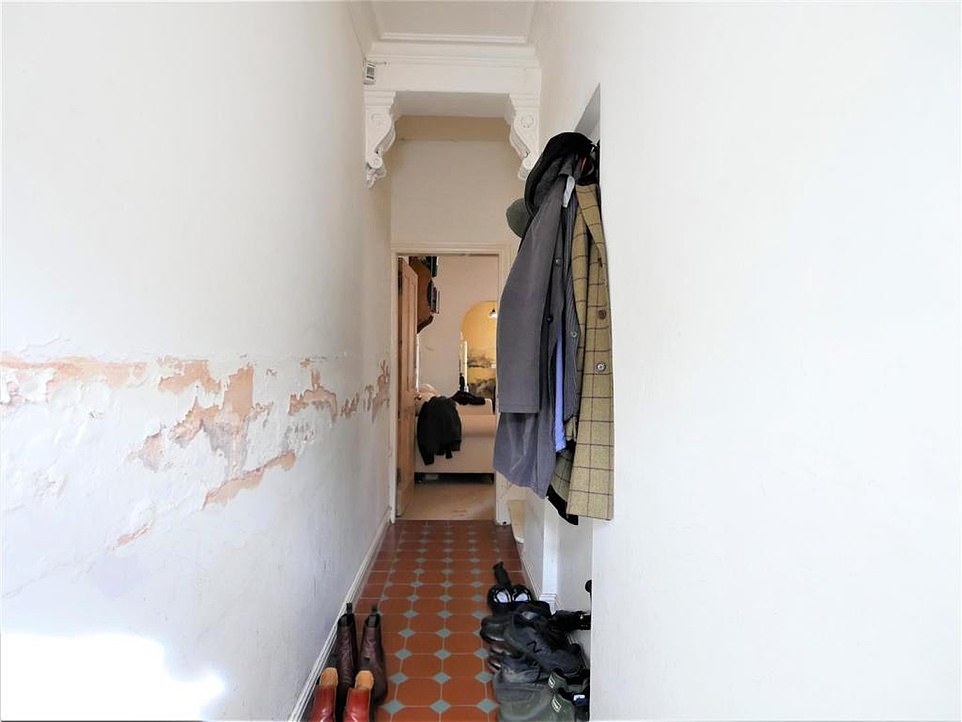 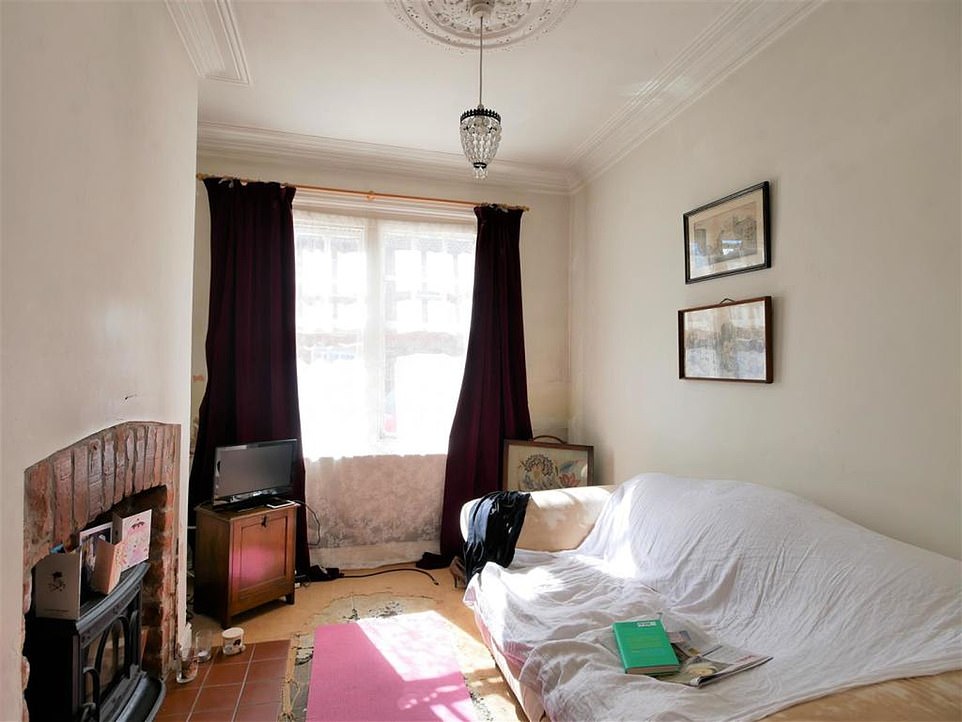 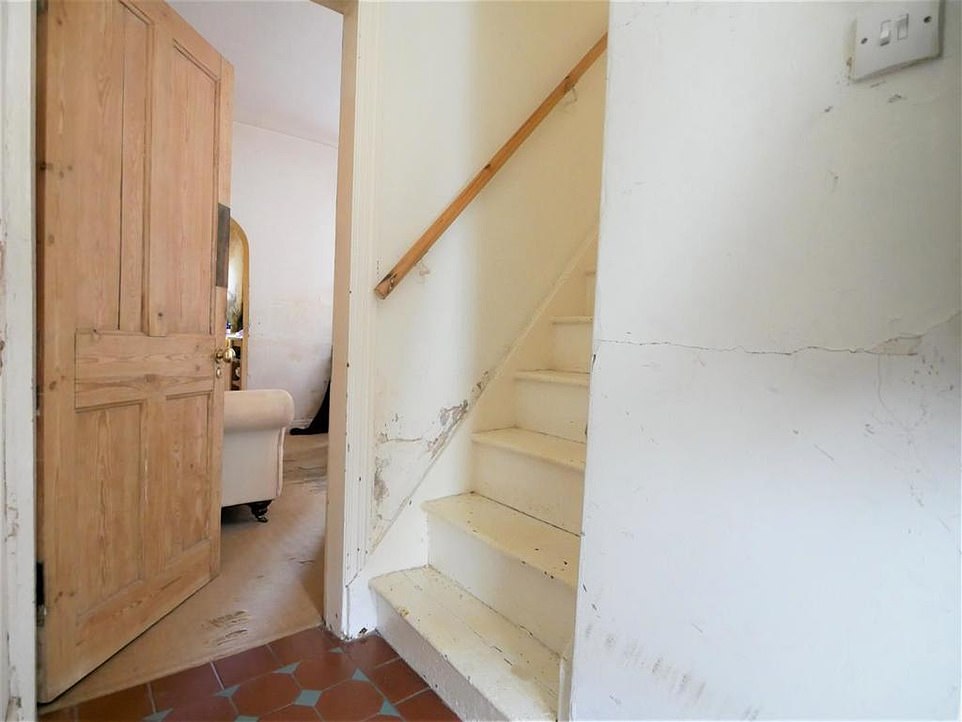 One viewer tried to be more positive about the state of the property, saying: ‘Could be a lovely wee house with a bit of work’

House-hunters have taken to social media to comment on the state of the house.

Another wrote: ‘It seems someone is still living there – really sad to think of someone living in those conditions.’

A third commented: ‘Quick. Let’s put in a close up of the ceiling rose to make everyone forget what they saw.’

One viewer added: ‘Could be a lovely wee house with a bit of work.’