Home » World News » Uganda’s worst ebola outbreak in two decades is over: WHO 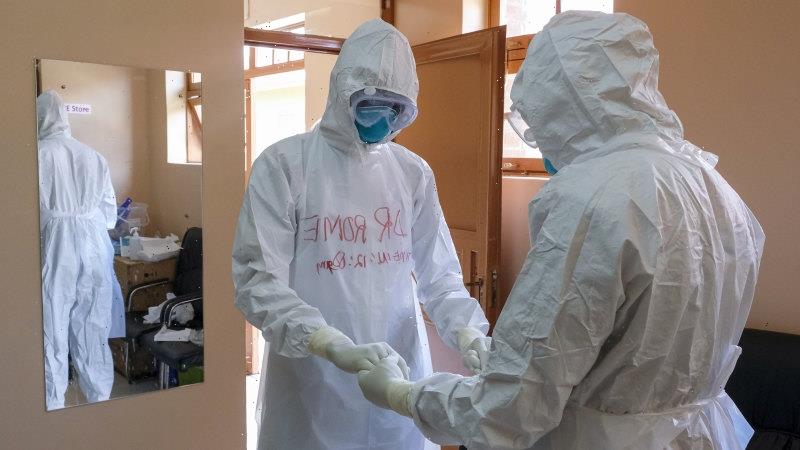 Nairobi, Kenya: The World Health Organisation has declared the latest Ebola epidemic in Uganda over, closing the chapter on a deadly outbreak that lasted nearly four months and killed dozens of people.

The outbreak had spread to nine districts, including the capital, Kampala, raising fears of its snowballing across the East African region. It was the worst Ebola outbreak in Uganda in more than two decades, and the second-deadliest in the country’s history, with 142 confirmed cases and 55 deaths, and an additional 22 deaths also linked to the outbreak, according to the WHO. Seven of those who died were health workers. 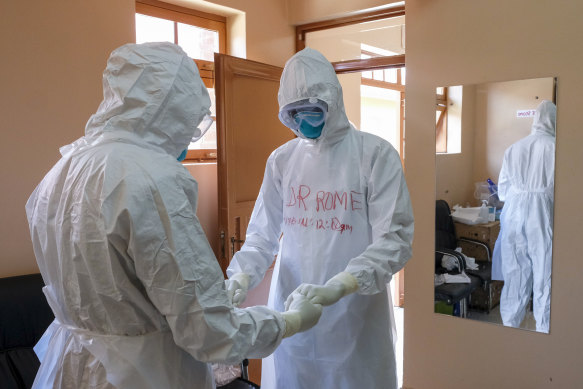 Doctors wearing protective equipment pray together before they visit a patient who was in contact with an Ebola victim in Entebbe, Uganda, in October.Credit:AP

The WHO considers an epidemic over when no confirmed or probable cases are reported for 42 days, twice the incubation period for Ebola infections.

The response to the outbreak was hampered by delays in identifying and tracing the first case, along with widespread misinformation among the public about the perils and even the existence of the virus.

Authorities also initially hesitated to impose a lockdown in the epicentre of the outbreak, in central Uganda, fearing that any restrictions would adversely affect the economy and estrange a population already angry about previous strict COVID-19 shutdowns.

The outbreak was caused by the Sudan strain of the virus, which has no approved vaccine or therapeutics. Dr Matshidiso Moeti, the WHO regional director for Africa, said the lack of treatment made it challenging to tackle the virus.

“Two months ago, it looked as if Ebola would cast a dark shadow over the country well into 2023,” Moeti said in a statement. “But this win starts off the year on a note of great hope for Africa.”

Ebola is a hemorrhagic fever that is transmitted through body contact with sick or dead people or animals. Its symptoms include fever, fatigue and headaches, followed by vomiting, diarrhoea, and internal and external bleeding.

The virus kills half of those it infects. The worst outbreak recorded spread across West Africa between 2014-16, followed by one in Congo in 2018. While there are existing Ebola vaccines – like the injectable Ervebo vaccine that was crucial to ending the outbreak in Congo – they do not protect against the Sudan strain.

Uganda has suffered multiple Ebola outbreaks in the past. The worst was in 2000, killing 224 people, according to the WHO.