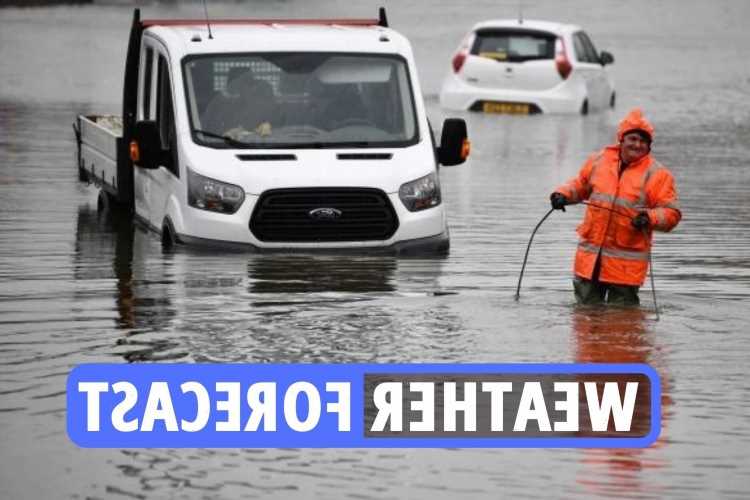 FLOODING is expected to hit Britain in the coming days as an Arctic blast edges closer – bringing with it heavy rain, gale force winds and freezing overnight temperatures.

Yesterday saw torrential rain sweeping across the country, with more wet weather set for this evening as a dreary January well and truly sets in.

A patchwork of drizzle, dry spells and even some sun has been seen today – with extreme weather in some parts.

For tomorrow, a Met Office forecast says: "Mostly cloudy, cloud thick enough for some rain or drizzle at times, mainly in the north and west. Mostly dry in the southeast where some brighter spells. Milder than Sunday."

Meanwhile temperatures will plunge, with the mercury dipping below zero overnight in Northern Scotland and hitting just one degree in Dumfries from 9pm tonight – while Aberdeen will be shivering in temps of -3C.

.Read our weather live blog for the latest news and forecasts