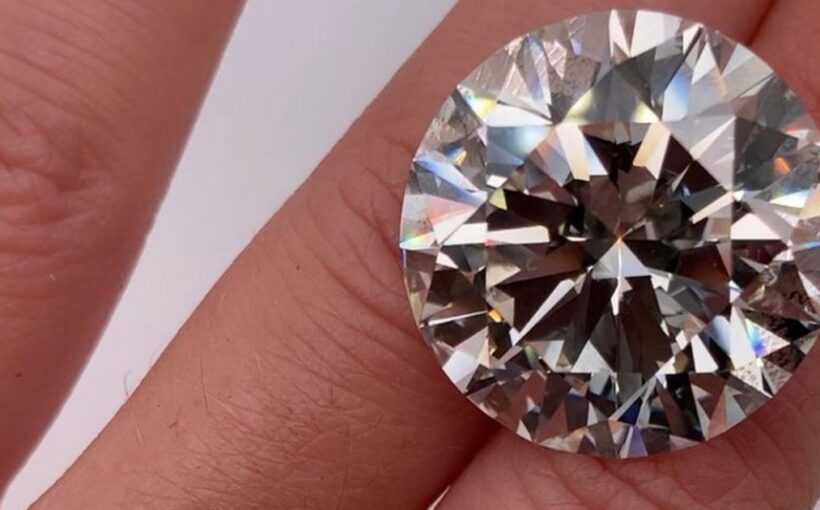 A pensioner was amazed to find that the diamond she was about to bin during a clearout is worth £2 million.

The stone was bought at a car boot sale many years ago by a woman in her 70s who had dismissed it as being worthless, the Mirror.

But she was convinced to get it valued by a neighbour where she was given the incredible news that the diamond was "off the scale" in terms of wealth.

Mark Lane, of Featonby’s Auctioneers in North Shields, told the BBC that the woman came off the street into his shop saying: "She just thought she would bring it in as she was passing."

He continued: "It had been in a box along with her wedding band and a number of low-value costume jewellery items.

"We saw quite a large stone, bigger than a pound coin, and I thought it was a CZ [cubic zirconia, a synthetic diamond lookalike].

"It sat on my desk for two or three days until I used a diamond tester machine. We then sent it off to our partners in London before it was certified by experts in Antwerp, Belgium, who confirmed it is 34 carat."

The diamond is larger than a £1 coin and Mr Lane said it is the biggest that he has seen in five years running the business.

He said that the woman wanted to remain anonymous but she told him she enjoyed going to car boot sales and never for a minute thought it was a real diamond.

He added: "She told us she'd been having a clear-out and that it nearly went in the bin before her neighbour suggested bringing her items to us to get valued.

"The colour, the clarity, the size… to find a 34-carat diamond is off the scale."

Her diamond is now being held at a secure location in Hatton Gardens, London, before it goes under auction on November 30.

For the latest breaking news from the Royal Family and stories from the Daily Star, sign up for our newsletter by clicking here.