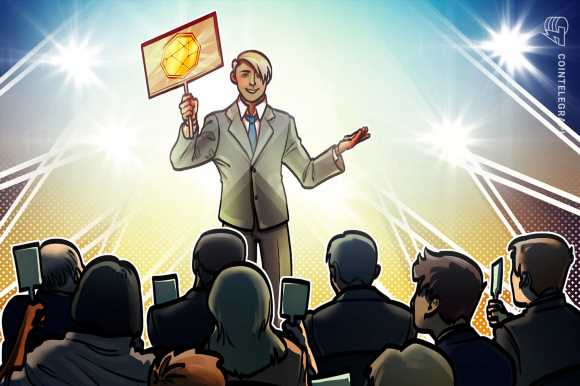 Cryptocurrency exchange FTX US has secured the winning bid for the assets of crypto brokerage firm Voyager Digital with a bid valued at approximately $1.4 billion according to Voyager.

Voyager said the bid was made up of the fair market value of its crypto holdings “at a to-be-determined date in the future” estimated to be around $1.3 billion along with $111 million of what it says is “incremental value,” but did not provide further details.

Little information was given regarding what will happen to Voyager customers still awaiting access to their crypto holdings, with Voyager stating additional information about crypto access “will be shared as it becomes available.”

Voyager only mentioned that the FTX US platform “will enable customers to trade and store cryptocurrency after the conclusion of the company’s chapter 11 cases.“

Cointelegraph contacted FTX and Voyager Digital for further comment but did not immediately hear back.

The sale of the assets is set to be completed after a chapter 11 plan and an asset purchase agreement is submitted for approval by the United States Bankruptcy Court for the Southern District of New York on Oct. 19.

Cointelegraph earlier reported that crypto platforms Binance and CrossTower also submitted bids alongside FTX to acquire Voyager’s assets, each proposing their own terms.

A source claimed Voyager customers would receive their pro rata share of crypto assets and transition to the FTX platform if its bid was successful.

Voyager entered into a chapter 11 bankruptcy on July 5th, sometimes called a “reorganization” bankruptcy, it allows a firm to retain control of its assets and continue operating whilst it plans to restructure or sell the business.

The filing was for an insolvency worth over $1 billion after crypto hedge fund Three Arrows Capital (3AC) defaulted on a $650 million loan from the firm, Voyager says its claims against 3AC remain with the bankruptcy estate.

The company maintains its chapter 11 filing was “aimed at returning maximum value to customers” and also considered a reorganization, but stated the sale to FTX US was the “best alternative for Voyager stakeholders.”