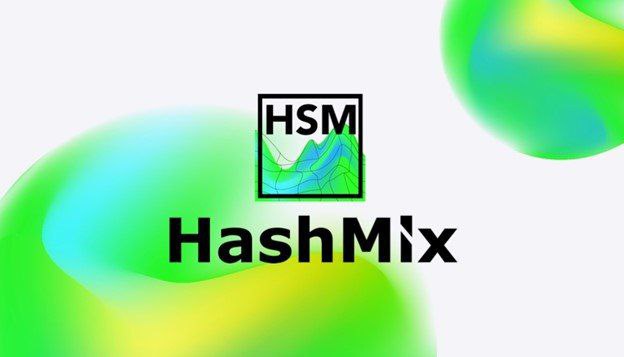 PRESS RELEASE. SINGAPORE — HashMix ($HSM), a next generation hashrate tokenization and marketplace protocol, announced today the launch of its first product after raising $3million from an impressive roster of investors this May. Leveraging a proprietary valuation and underwriting model, the Filecoin lending platform offers reliable and attractive rates for both borrowers and lenders of Filecoin’s native cryptocurrency FIL. It is the first piece to HashMix’s long-term ambition to democratize, activate and drive the crypto mining economy to the 3.0 era.

“We are thrilled to have achieved this first milestone and grateful for the positive feedback from the mining community during the development and testing phase,” said Chris Miller, Cofounder of HashMix. “Storage mining power in the Filecoin network is top on our list when building a universal marketplace for various mining capacities and we are convinced that the launch of the platform will not only help us lock in early users but also be an important stepping stone for us to tap into the Filecoin ecosystem.”

With total network storage power close to 7 exbibyte (EiB), Filecoin is commanding an unneglectable share of the mining economy. What’s more, the decentralized file storage project represents a promising alternative to crypto mining in that it’s greener and of real-world value. However, the requirement for upfront token collaterals and a lengthy vesting schedule for FIL rewards lead to a supply squeeze, forcing miners to borrow from large investors and exchanges at an annualized interest rate of as high as 40%-100%. FIL holders that deposit into existing lending services do not fare much well either, lending at a meager rate of 1%-20% with a large percentage of the interest going to the lending platforms.

HashMix’s solution addresses just that. By enabling borrowers to collateralize their Filecoin account, which will be assessed by a proprietary model to determine its value, and thus the creditworthiness of the borrower, HashMix effectively reduces the risk undertaken by the lender and in the meantime unlocks the value of the storage mining power committed by the borrower to the Filecoin network. Hence, on the platform, investors can receive higher and safer interest rates, standing at an estimated 30-40% without compounding, while borrowers can borrow easily and at an affordable rate as well as choose from flexible repayment schedules. Investors also have the options to withdraw their deposits at any time or opt in to term programs with even higher rates and enjoy compounding interest.

Borrowers’ creditworthiness will be further supported when HashMix launches its tokenization protocol based on the non-fungible token (NFT) technology, where the storage mining power collateralized by the borrowers will be minted into tradable NFTs.

For the next step, HashMix plans to launch its native token HSM to introduce incentives for participation in Filecoin lending and the many more functionalities to come. For example, a reward mechanism is set in place for the next 26 weeks. The first upcoming event consists of a 2-week competition spanning from July 16th to July 30th for FIL depositors to win up to 200,000 in HSM tokens. All users can participate with a minimum deposit of 20 FIL tokens, where the rewards will be distributed based on each user’s net FIL deposit as a proportion of the total net FIL deposit from all eligible users to share the prize pool. The rewards will be allocated after the issuance of the HSM token. Merely one day after its launch, the platform has already attracted a total value locked of nearly $8.0 million. In the long run, the team aspires to provide an all-embracing solution for trading, swapping, and financing on various tokenized mining capacities.

HashMix is a next generation hashrate tokenization and marketplace protocol. It allows anyone to buy, sell, lend, and swap mining power for various PoW blockchains in a decentralized way without a trusted third party beyond the barriers of geography, re-democratizing and powering a global mining ecosystem and solving issues such as overselling and fraud.

This is a press release. Readers should do their own due diligence before taking any actions related to the promoted company or any of its affiliates or services. Bitcoin.com is not responsible, directly or indirectly, for any damage or loss caused or alleged to be caused by or in connection with the use of or reliance on any content, goods or services mentioned in the press release.