Home » Markets » Attention holiday shoppers: Buy now before it is out of stock 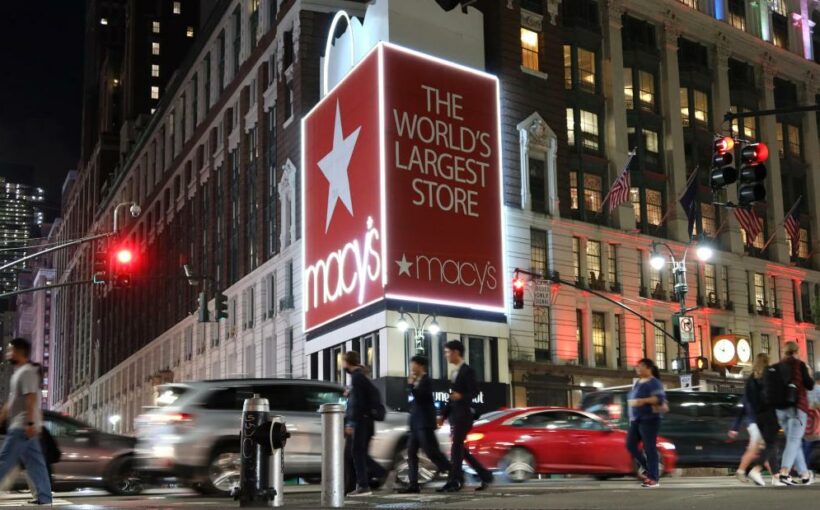 A version of this story first appeared in CNN Business’ Before the Bell newsletter. Not a subscriber? You can sign up right here. You can listen to an audio version of the newsletter by clicking the same link.

That was then. On Thursday, Macy’s stock jumped 21% after the company reported better-than-expected earnings. That brought gains so far this year to more than 230%. A share now costs $37.37.
What’s happening: Once out of favor as mall closures rose and coronavirus restrictions kept people at home, department stores are finding love again on Wall Street.

Kohl’s (KSS) shares popped 11% on Thursday after it reported earnings. The stock has rallied 54% this year. Shares of Dillard’s (DDS) have shot up more than 480%.

What gives? First, consumer spending has surged. Shoppers say they’re worried about inflation, but continue to shell out for items they held off buying last year.

Macy’s — the largest US department store chain — reported revenue up 36% year-over-year. Shoppers snapped up tailored suits, luggage and dresses.
“The consumer is healthy, and we expect the strong demand to continue, particularly as people return to work,” finance chief Adrian Mitchell told analysts.
Bank of America reports that spending on credit and debit cards in the week ending Nov. 13 rose 23% compared with the same period in 2019. Some of that increase is due to higher prices, according to the bank’s analysts.
Macy’s started planning for supply chain disruptions late last year, Cowen analyst Oliver Chen noted. That puts it in a good position to take advantage of holiday shopping this year.
Department stores have also shuttered locations that weren’t performing well in recent years. Research firm CoStar said that retailers announced plans to shut more than 11,100 stores in 2020, an all-time high.
In February 2020, Macy’s said it would close 125 stores by 2023.
One more thing: Investors are coming around to Macy’s digital strategy. Online sales jumped 49% last quarter compared to 2019. Chen noted that the company is making “significant investments” in its app.
Macy’s also plans to launch a digital marketplace in the second half of 2022 which will include third-party sellers. The announcement comes as the company faces pressure from an activist investor to spin off its e-commerce business, as Saks Fifth Avenue did.
Not everyone is a convert. According to Refinitiv, just three Wall Street analysts have “buy” recommendations for Macy’s stock, while nine are neutral and five are advising clients to sell.
In a note this week, Bank of America said that despite the solid quarter, it’s still not bullish on Macy’s “given our view that department stores face long-term structural issues.”

Shortages of computer chips have been a nightmare for carmakers this year, forcing them to idle production at plants around the world and hindering their ability to meet a jump in demand for vehicles.
Now they’ve decided enough is enough; they’re getting into the chip business themselves. 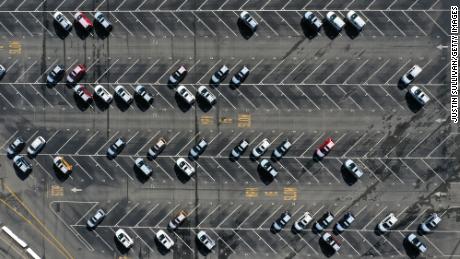 The latest: Ford (F) announced Thursday that it’s partnering with GlobalFoundries, a chip manufacturer majority owned by Abu Dhabi’s sovereign wealth fund.
Together, the two companies plan to boost production capacity for Ford’s lineup and conduct research on the semiconductors that will be crucial to the next generation of vehicles.
General Motors (GM) President Mark Reuss also said at an industry conference on Thursday that the company will team up with chipmakers like Qualcomm (QCOM) and Taiwan Semiconductor Manufacturing Company to develop the chips it needs.
“We see the semiconductor requirements more than doubling over the next several years as the vehicles that we produce become more of a technology [platform],” Reuss said.
Remember: GM’s revenue plunged nearly 25% last quarter despite record high car prices, while Ford said its automotive revenue fell 4% from a year ago. The difficulty in securing chips has been a major reason the companies have been sputtering.
That’s pushing carmakers to assume greater control of their supply chains.
“It’s critical that we create new ways of working with suppliers to give Ford — and America — greater independence in delivering the technologies and features our customers will most value in the future,” Ford CEO Jim Farley said in a statement. “This agreement is just the beginning.”

Workers are crying out for a four-day week

American workers are quitting in record numbers — 4.3 million in August, and another 4.4 million in September. Managers across industries are having trouble hiring, even as they raise wages and offer incentives.
But a new survey offers support for a not-so-radical but still uncommon solution, my CNN Business colleague Allison Morrow reports: the four-day workweek.
Researchers at Jefferies asked Americans ages 22 to 35 who had quit their jobs recently what their former bosses could have done to persuade them to stay. Thirty-two percent said they would have stuck around if they’d been offered a four-day work week. That was the second most-common answer, right behind the 43% who would have stayed for more money.
The study also found 80% of respondents support a four-day workweek.
The idea is hardly new, but has been gaining steam thanks to high levels of worker burnout in the wake of the pandemic. Over the summer, US lawmaker Mark Takano of California introduced legislation that would amend the Fair Labor Standards Act of 1938 — which codified the 40-hour model we now live with — to reduce the standard workweek to 32 hours.
Not just the rank-and-file: CEO turnover has also jumped, as overworked executives decide to shake up their careers, according to a study from recruiting firm Heidrick & Struggles.
“Our belief is that it will only accelerate going into next year as people have delayed their retirements,” Jeff Sanders, a co-managing partner at the company, told Reuters.

Also today: The US House of Representatives reconvenes as Democrats aim to pass President Joe Biden’s $1.9 trillion social safety net package.
Coming up: Investors are waiting for Biden to announce his decision for chair of the Federal Reserve. Will Jerome Powell get another term, or will the president opt for new leadership?
Source: Read Full Article