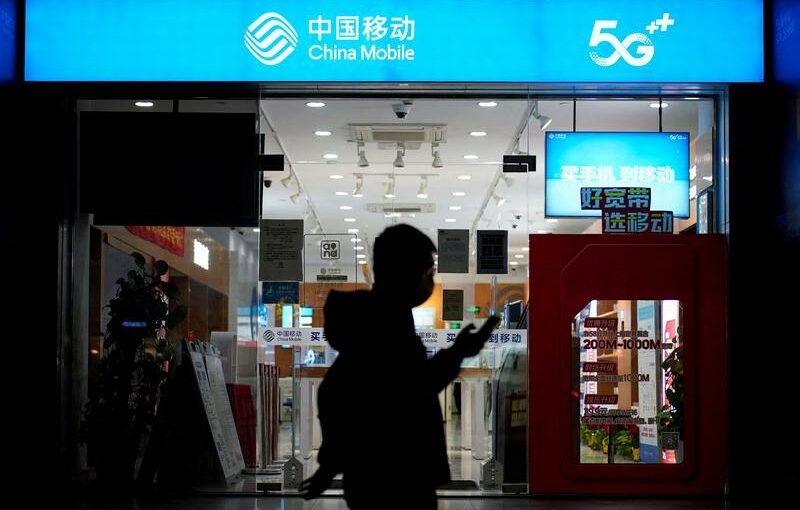 FILE PHOTO: A sign of China Mobile is seen on a street in Shanghai, China January 4, 2022. REUTERS/Aly Song

The Hong Kong-listed shares were up 3.8% in early trade. The company said in a filing Tuesday that it would press ahead with a plan to buy back up to 2.05 billion shares, worth nearly $13 billion.

The carrier’s debut is being closely watched after a number of Chinese companies including BeiGene Ltd recently saw shares fall below their offering prices on the first day of trade.

The world’s largest mobile network operator by total subscribers, China Mobile had sold 845.7 million shares at 57.58 yuan each in Shanghai.

China Mobile has said it plans to use proceeds from the offering to develop projects including premium 5G networks, infrastructure for cloud resources and intelligent ecosystems.