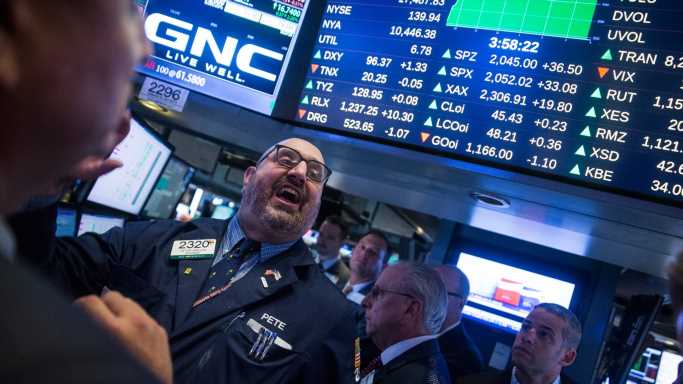 Between Monday’s opening bell and Thursdays’ close, shares of Support.com Inc. (NASDAQ: SPRT) surged from around $9.50 a piece to $19.70. At the noon hour Friday, Support.com stock was trading at around $49.20, up almost 150% since Thursday’s close.

While there is no fundamental explanation for the move, two things about the stock stand out. First, short sellers held about 67% of the stock’s total float as of August 13. That may have been a target just begging to be pummeled by traders looking for a short squeeze opportunity. In fact, on August 13, trading volume in the stock reached 83 million shares, well above the previous day’s volume of around 7 million. Since last Friday, the stock has traded above 29 million shares a day.

The second thing to keep in mind is that Support.com is acquiring Bitcoin mining company Greenidge Generation Holdings. A special stockholders’ meeting for Support.com is scheduled for September 10 to vote on the proposed merger. Rising Bitcoin prices are likely producing some of the lift for Support.com’s share price.

Meta Minerals Inc. (NASDAQ: MMAT) traded sharply higher Friday as well. We noted Thursday a company prospectus filing that registered 191 million shares that have been issued already and, therefore, counted among the outstanding shares. Retail traders holding shares of Meta needed a little persuading, but once they got the message, they took the shares on a rocket ride. Short sellers held about 8.4% of Meta’s float as of August 13.

Clean Energy Fuels Corp. (NASDAQ: CLNE) bounced off a year-to-date low set last Friday, and the stock had gained about 26% as of the noon hour. The company’s short interest to total float ratio is about 8.1%, so this move seems to be a more or less typical fluctuation in the stock’s price. Still, the trend for Clean Energy Fuels is downward. Shares have lost more than $10 since their recent peak in early February.

Palantir Technologies Inc. (NYSE: PLTR) recently revealed in its quarterly earnings report on SEC Form 10-Q that the company has invested some $250 million in 10 small companies, many of which will repay the investment over the next few years, guaranteeing Palantir a steady revenue stream. Interesting idea, but downside risk remains.

ALSO READ: Why Booze, Beer and Wine Stocks Could Be the Best Trades for the Rest of 2022