Democrats and the media fume after Sen. Joe Manchin opposes the For the People Act. Author J.D. Vance reacts on ‘Fox & Friends.’

If you listened solely to Democratic talking points, including the so-called mainstream media, you would be convinced that America is a systemically racist nation and that Republicans are somehow hell bent on disenfranchising large swaths of voters. Both of these notions are patently false.

In fact, thanks to sustained long-term efforts, in 2021 it is easier to register and vote now than at any point in American history – no matter what color your skin is. This is a measure progress of which we should all be proud.

When the Voting Rights Act was passed in 1965, voter registration and voter turnout by minorities – specifically Black Americans – were the measure of whether voter suppression was taking place in a state. A moment’s consideration would lead an ordinary American to conclude those are sensible metrics to gauge minority voter suppression.

But, in spite of these facts, Democrats in Congress have manufactured a myth of widespread voter suppression in order to impose a federal takeover of elections.

The instrument of their proposed federal control over election law was introduced (and never passed) in the last Congress as H.R. 4, the “John Lewis Voting Rights bill.” The biggest, but not the only, major change is that H.R. 4 would reinstitute the practice of requiring federal preclearance (i.e., federal permission) for any state election change, no matter how minor.

Preclearance was previously struck down as unconstitutional by the Supreme Court in the Shelby County v. Holder case in 2013. Thus, H.R. 4 is an attempt by the Democrats to go around the court and once again subject state election reforms to a federal veto – no matter how trivial any proposed change might be.

Think about that for a moment. The accused state has to prove its own innocence.

To use the analogy of criminal law, that would mean that all the federal government would have to do is accuse a defendant of committing a crime, and at that point it would be up to the defendant to prove himself innocent or go to jail!

States would thus be guilty until they could prove themselves innocent – an extraordinary reversal of over 200 years of American law.

The proposed metrics that would be used to decide which states would be subject to the preclearance process with the federal government are designed to result in covering the entire country. The reason for the original Voting Rights Act was primarily to fix racist exclusionary laws in the South. So the implications of the currently proposed bill are that, not only is the South still somehow blocking minorities from participating in elections, but that the rest of the country has become so oppressive of the voting rights of minorities that every single state needs to be regulated by the federal government too.

The purpose of H.R. 4 is not to protect voting rights, it is to stop voting reforms going on in the states that are making our elections more transparent, secure and accountable.

Those underlying assumptions simply defy the reality of America in the last 50-plus years.

The worst state in America? Massachusetts. 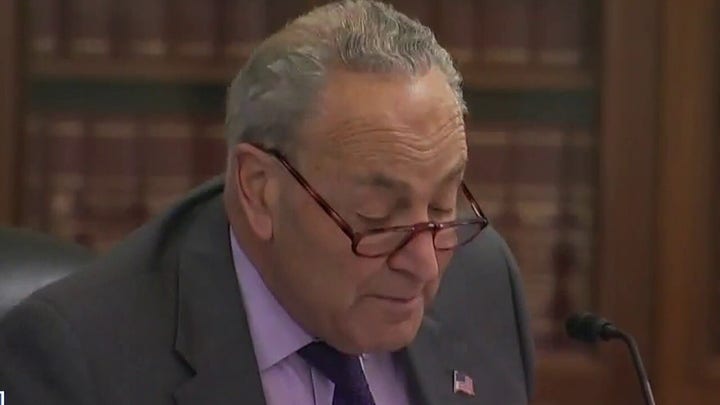 The purpose of H.R. 4 is not to protect voting rights, it is to stop voting reforms going on in the states that are making our elections more transparent, secure and accountable.

Section 2 of the Voting Rights Act in force today gives the federal government the power to stop discriminatory voting practices. And Section 3 provides for subjecting local or state governments that engage in discriminatory practices to be subject to preclearance. These provisions are in force right now, and we are all grateful for the protection against actual discrimination.

Democrats and their allies in the media would have you believe that rampant and systemic voter suppression is one of the most crucial issues facing our nation. This assertion is quite simply false.

In reality, H.R. 4 is nothing but a power grab by congressional Democrats aimed at taking election powers away from the states. The takeover of all election reforms and redistricting by federal bureaucrats with a radical agenda under the guise of voter protection would set America back.

H.R. 4 should be rejected in favor of using the current Voting Rights Act – Sections 2 and 3 – which have already proven to be effective in fighting true discrimination where and when it has existed.