Home » World News » Covid 19 Delta outbreak: Two Covid cases in Tauranga; one in Manawatū – ‘We know there will be concern’, says PM 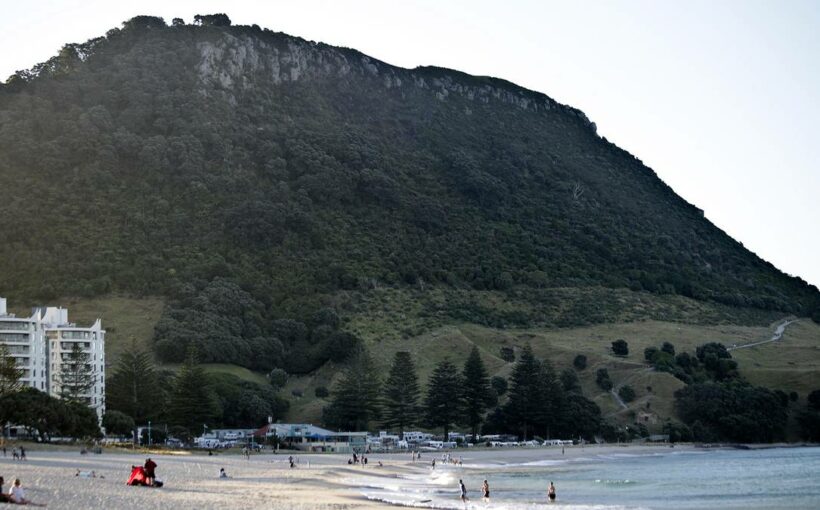 Prime Minister Jacinda Ardern admits people will be worried about Covid spreading across the country as news breaks of more centres dealing with cases in the community.

There are two cases in Tauranga today, the Bay of Plenty Times understands – one in Pyes Pa and one in Mount Maunganui.

Covid incident controller for Lakes and Bay of Plenty District Health Boards Dr Phil Shoemack has directed questions to the Ministry of Health.

A Ministry of Health spokesperson would not yet confirm there were cases in Tauranga.

“The ministry reports confirmed case numbers [and their respective locations] each day in our 1pm statement or press conference, or as soon as practicable.”

At this stage, the next Covid-19 update will be a written statement at 1pm today.

A positive case was this morning confirmed in Palmerston North.

The man who tested positive for Covid-19 is from Ashhurst, Palmerston North mayor Grant Smith says. Ashhurst is a small rural settlement 15km from Palmerston North near the western entrance of the Manawatū Gorge.

Ardern, speaking to media this morning after a visit to the Turanga Health centre in Gisborne, said “we know there will be concern about [Covid’s] movement, which is why we have put in extra layers of protection”.

She said the requirements for vaccination or a test before people left Auckland to go to regions such as Gisborne would help.

On allowing Aucklanders to travel to lower vaccinated regions, she said: “Auckland have done a very important job for us, but they have now been doing that for four months. We need to keep moving.”

Ardern is visiting to try to help raise vaccination rates in Tairāwhiti, one of the regions lagging behind. It is currently at 84 per cent for first doses.

She said at this stage, Tairāwhiti would have to be at the red light on the traffic lights system – but vaccination rates could increase swiftly and only about 2400 more vaccinations were needed there.

Ardern said she was visiting to say thank you and “keep going” to those on the ground in the vaccination programme.

“We are still driving for very high rates of vaccination.”

She said there were big events in the Gisborne region that happened over summer, and the vaccination rate was important for that.

Ardern said the people working on the ground knew best what incentives would work to get those rates up.

Local MP Kiri Allan said there had been a “huge pickup” in numbers in recent weeks, and the iwi providers in each region were the ones who knew how to get to those unvaccinated people.

She said about 900 people were vaccinated on Super Saturday on the East Coast. She said the funding was there from central government for the “warriors on the front line” so they should not need to fundraise.

Ardern said the gap between Māori rates and the rest of the population was closing – she said that hard work was needed, particularly among the young people, but among the older population the rates were even.

She said when there were no vaccines or treatments, Covid-19 had been much more dangerous.

Even with those tools, extra protections were being used.

Auckland business 'can see the light'

Ardern said she had a virtual meeting with Auckland business leaders yesterday.

“They can see where we are heading, they can see the light because we are moving.”

She said a police vaccination mandate would be considered by Cabinet “in due course” – the rate among police was above 80 per cent for first dose.

“The police are seeking mandates and we are giving it consideration.”

Asked if hard boundaries could be put up around some regions if their vaccination rates had not risen enough, Ardern said the requirements for vaccination or a test were protection.

“We cannot rely on borders in a country like ours that is so mobile.”

She believed it was possible to safely move back to moving around the country with the planned restrictions for the unvaccinated and under the new traffic lights system.

“Hi team, we have received information that one of our cricket community, from United Cricket Club, has tested positive for Covid.

“He scanned in, so we know the time frame was 5.30pm to 7.10pm. If you were at the centre around those times, please seek advice from the Ministry of Health about the process to follow.”

Palmerston North mayor Grant Smith said wastewater testing had been carried out regularly and nothing had popped up so far.

“Covid was always coming, it was just a matter of when.”

Smith said the vaccination rate in Palmerston North was high at 94 per cent, but because it was part of the wider Mid-Central DHB they were also encouraging people in rural areas to get vaccinated.

He hoped it would serve as a wake-up call that the population must get vaccinated.

“All I’m saying to everyone is if you are feeling unsure or slightly unwell just go get tested to be sure.”

The Park Rd cricket centre is now closed as a deep clean is carried out. It is expected to reopen at 3pm today.

“To err on the side of caution, we have postponed all MCA visits to schools for the rest of the week. This is to reassure schools that the safety of their students is our [number] one priority.”

The association also announced that all its staff are fully vaccinated and no one had been exposed to the person who tested positive that night.

Some players at United’s practice on Tuesday were also at the senior men’s representative team’s practice yesterday. The association is working through the implications of this with the team.

As a result of the United player testing positive, it was likely all United Mens P1/P2/P3 games would be postponed this weekend.

The Mid-Central District Health Board said the Ministry of Health is due to make an announcement this afternoon. The ministry said the same thing when approached by the Herald for comment on the situation.

Palmerston North has not had any Covid cases since an infected Auckland-based truck driver travelled to the city for work purposes at the beginning of October.

A raft of new locations of interests linked to the case were released at the time.

At the weekend, however, two people tested positive for the virus in Woodville – about a half-hour drive away from Palmerston North.

The Caltex Woodville, on Vogel St, was identified as a location of interest on Saturday, November 13, after a person with Covid was there between 9am and 9.30am.

People who were there at the same time were urged to monitor their health for 14 days after being exposed and get tested if Covid symptoms start to show.

Meanwhile, epidemiologist Professor Michael Baker says Aucklanders planning to travel over the Christmas period should make sure they are not taking Covid with them – by getting vaccinated and getting tested.

“This is the ultimate act of kindness, is to look after the health of the people you’re visiting,” he told TVNZ’s Breakfast show.

People should remember that children under 12 are not vaccinated, so people in Auckland planning to travel into other regions with children should also get at least one of them tested before leaving – so as not to infect their cousins in other regions, for example, he said.

The best thing right now is for Aucklanders to take responsibility. That included going as far as to visit only family and friends who are fully vaccinated and not visiting elderly relatives.

“That will be lifesaving…for those friends and family,” he said.

“It means planning, it means considering…and don’t go and visit people who are vulnerable.”

People encouraged to have Christmas celebrations outside

Baker also encouraged families to have Christmas celebrations outside over the holidays – under a marquee, for example, instead of indoors. And wear masks.

“We definitely should not be complacent at all.”

“Even if you can’t see the virus, some of us – unfortunately – will be taking it with us even if we don’t have any symptoms. So just don’t do that,” he said.

Royal New Zealand College of GPs medical director Dr Brian Betty said up to 4 per cent of really critical and essential workers had left the district health boards due to the mandate and there was a lot of work to be done to fill the gaps.

He said workers had got to the stage where they had decided to sacrifice their jobs because of their beliefs about the vaccine so it would be difficult to turn around. However, some might return if a different vaccine became available.

The health system was already under stress and was under resourced.

“There’s considerable stress both in nursing and in medical staff ranks – we know that both in general practice and in hospitals.

There was a very good reason for the mandate because those who were not vaccinated were more likely to get and spread Covid and have the worst outcome from Covid.

“There are actually some serious health and safety issues here regarding those staff who choose out of their own will not to get vaccinated so I think this is a really complex issue.

“But we probably have done the right thing in terms of the mandate and patient safety and staff safety.”

He said areas like Northland, which had lost a high number – 4 per cent – were struggling to attract staff, had high numbers of Māori and Pasifika, high deprivation and had pressure on the health and GP system so it was a real issue.

Covid had brought some of the problems in the health system and the underlying workforce shortages to the fore.

Hoff Hospitality Group owner Matt McLaughlin said the technology for the vaccine passports was pretty simple, but making it work logistically was another story. His business was going to start trailing it out from today.

“Our industry is in turmoil. I think our friends up in Auckland, I think the bar and restaurant owners would probably stand in a tutu themselves if it meant they could get their doors open. We know what the rules are so at this stage we are just going to have to give it a try, but it’s less than ideal,” he told The AM Show.

He said he’d like the Minister of Workplace Relations to come and meet with him and see if they could come up with a plan to make it work for their business rather than “having the finger waved at us and being told what we have to do”.

McLaughlin said staff were key to their businesses and they didn’t want to put them into any confrontations they weren’t comfortable with.

Restaurant Association national president Mike Egan said they weren’t quite sure what the enforcement process was meant to be, but they were worried “it would be a bit of a farce if people tried to game the system”.

Egan said the police wouldn’t have time to enforce the rules and while there would be some belligerent people, in Wellington over 90 per cent were double vaxxed so it would only be a few trying to break the rules.

He supported a spot fine for people trying to attempt to enter a premises without a valid vaccination certificate.They needed to put the onus back on unvaccinated people just to stay away from their businesses until the rules were relaxed, he said.

The Auckland War Memorial Museum will be closed on Saturday after confirmation that another mass protest is due to take place at the Auckland Domain.

Staff at the museum issued a notice this morning saying it had been alerted by police about the protest.

The notice also revealed that the museum had a new policy in place – that it will close to the public on days of mass demonstration at the Auckland Domain, which has been the site of a number of large anti-vaccination protests during the current lockdown.