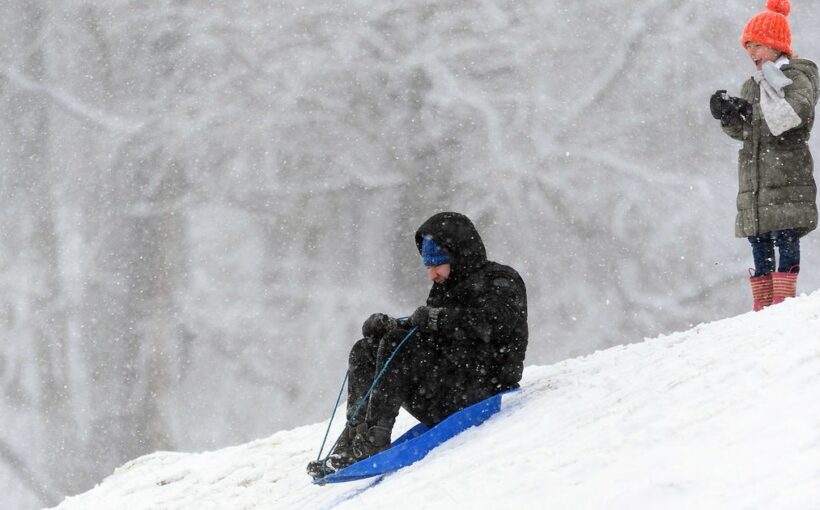 The Met Office has upgraded its snow forecast for the coming weeks as the UK looks set to be blasted by Arctic flurries.

Previously, the forecasters had teased a "slight risk" of widespread "wintry showers", but as temperatures continue to drop they have had to alter their prediction.

Odds at the bookies for a White Christmas have been slashed as a result as it looks increasingly likely that there will be blankets of the white stuff on December 25, for the first time since 2010.

"Frost and fog" is likely to persist overnight too, giving that period a real wintry feel.

There is also a risk of snow before then, as their forecast for November 17 to November 26 states that there will be a "trend towards colder conditions later in the period, with a low risk of wintry showers".

Again, it is thought that snow is most likely up north.

Other forecasters have logged the risk of snow as even more likely.

WX Charts reckon that there are three days in mid-November where as much as 2.5cm of snow could fall every single day consecutively.

The weather agency predicts the first flurries will hit from the early hours of next Tuesday, November 16.

In the wake of forecasters changing their snowfall predictions, bookies have slashed the odds for a White Christmas this year.

William Hill has reacted by cutting Edinburgh to a 10/3 favourite, while North East flight hub, Newcastle, and Birmingham Airports are now as short as 4/1 for a White Christmas.

Northern Ireland’s capital Belfast is now as short as 9/2 while Leeds, Bradford, London and Dublin are next at 6/1.

The last widespread White Christmas in 2010 saw snow on the ground recorded at 83% of weather stations – the highest amount ever recorded.