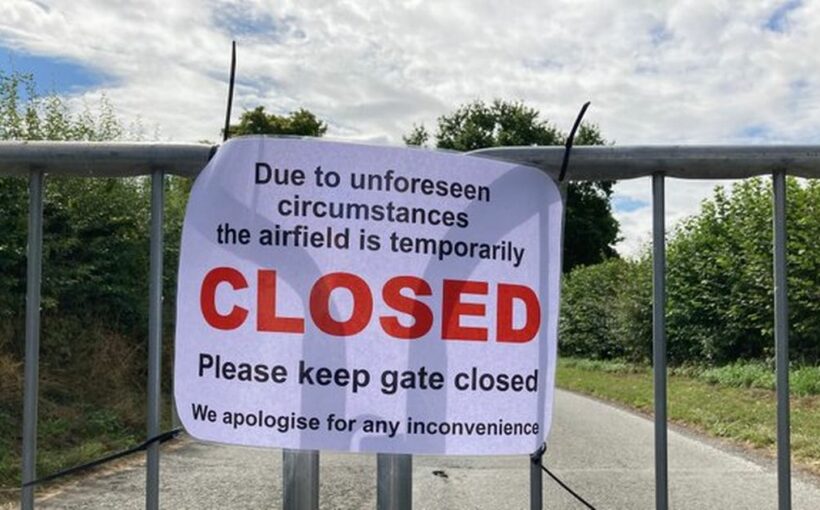 An entire airfield and surrounding businesses have been shut after a light aircraft crashed, with fire crews and paramedics rushing to the scene.

The aircraft went down this morning at Shobdon Airfield, near Leomister in Herefordshire, with West Mercia Police also at the scene.

There are no reports of injuries so far.

"Emergency services, including police, air ambulance & fire and rescue are attending. The incident is contained and there is no danger to the wider public."

A sign fixed to a gate at the entrance to the site says that "due to unforeseen circumstances" the airfield is closed temporarily.

One ambulance, a paramedic officer and the air ambulance are in attendance, according to reports.

Located near the border between England and Wales, Shobdon Airfield is the only licensed airfield in Herefordshire, according to its website.

It has been the home of Herefordshire Aero Club since 1961 and has been in operation since 1941.

After the crash the entire airfield at Shobdon was closed, including the cafe and surrounding businesses.

The site has a cafe, training school and camping area which are indefinitely off limits to the public.

The site usually plays host to a range of fixed wing aircraft, microlights, gliders and helicopters.