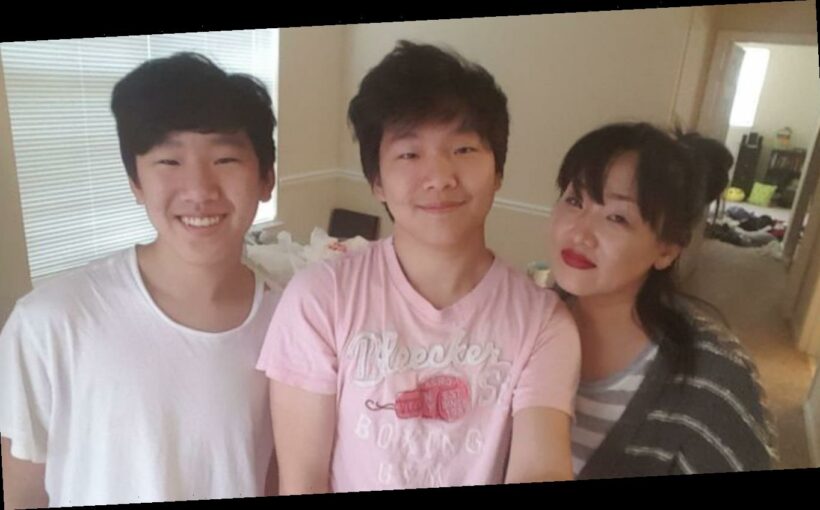 Randy Park is speaking out after his mother, Hyun Jung Grant, was killed in Tuesday's spree shooting at three Atlanta-area spas.

Grant, 51 was one of eight people, six of whom were Asian women, killed in the racially and sexually-motivated attacks. The seven other victims are Soon Chung Park, 74, Suncha Kim, 69, Yong Ae Yue, 63,  Xiaojie Yan, 49, Daoyou Feng, 44, Delaina Ashley Yuan, 33, and Paul Andre Michels, 54.

Investigators have arrested 21-year-old Robert Aaron Long in connection with the murders. His arraignment is scheduled for Thursday.

Park, 23, spoke about his late mother during a Friday interview with NBC News, recalling that on their last day together they danced, laughed and smiled while listening to an electronic music song Grant had recently discovered.

"She spent her whole life just existing for my brother and I. She never had time to travel," he said. "She would only be home a certain amount of days every few weeks." When asked what he would tell her now, Park said, "You did a good job. You've done enough and finally get some sleep and rest."

Park created a GoFundMe page to help him and his brother cover food, rent and other monthly bills, in addition to funeral costs. He set a goal of $20,000, and the page garnered more than $2.3 million from over 60,000 individual donations in just one day.

"It's surreal. Otherworldly," Park said in an interview with ABC News. "To show and to see that all of you guys just want to see my mother put to rest easily and [for] me and my brother just [to] get another start means more than I could articulate in words."

"I've been sheltered and taken care of my whole life, and now I have to do the same for my brother," he said. "At night, when I try to sleep, that's when I just spend my time for myself to process everything. … I'm a trainwreck at night when I'm alone. But … anytime I have to be talking to someone or meeting with people and just working on sorting this mess out … I frankly don't have time to be upset. I have work to do."

Park also cast doubt on the suspect's claim that his "sex addiction" fueled the attacks, not race.

"I believe two of the locations were next to each other down the street and the [other] one was in some other county. … Like a good drive away. If you blame it on sex addiction, but you choose to target specifically Asian locations and the victims being mostly of Asian descent, I can't help but … ask, does that make sense?" he said, before adding, "No, of course not."

The massacre comes at a time when violence against Asian Americans has been on the rise. A report released by Stop AAPI Hate revealed that there have been at least 3,795 hate incidents targeting the AAPI community from March 19, 2020, to Feb. 28, 2021. More than 500 of those incidences occurred in 2021.

"How many years has it been and these things still happen," Park told ABC News. "It is difficult and I do feel like I have a responsibility to speak on this. So even if there is a backlash, I understand why, but I think that may point to some sort of tolerance for what's happening and that's unacceptable."