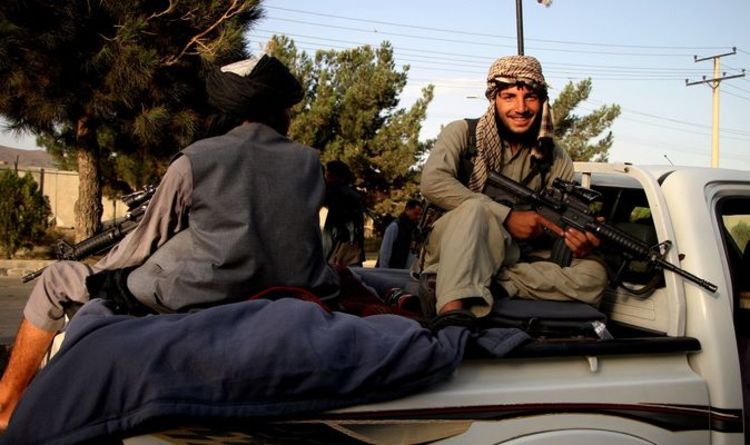 LBC: Nus Ghani on Taliban's rule and attitude to women

Fawad Andarabi was a famous folk singer in Kishnabad, a village in Andarab. But as the Taliban introduced new laws following their takeover of the war-torn country, the musician was reportedly killed after being dragged from his home.

Sami Mahdi, a lecturer at Kabul University, said: “Fawad Andarabi, a local artist, was dragged out of his home yesterday and killed by the Taliban in Kishnabad village of Andarab.

“He was a famous folk singer in the valley.

“His son has confirmed the incident.”

His son, Jawad Andarabi, said it was the first time the Taliban had come to their house.

Taliban officials came to his home and searched it and even drank tea with the musician.

His son said his father was shot in the head on their farm and added: “He was innocent, a singer who only was entertaining people.

“They shot him in the head on the farm.”

Mr Andarabi reportedly played the ghichak, a bowed lute, and sang traditional songs about his birthplace, his people and Afghanistan as a whole.

Agnes Callamard, the secretary-general of Amnesty International, condemned the alleged murder of the musician.

She said: “There is mounting evidence that the Taliban of 2021 is the same as the intolerant, violent, repressive Taliban of 2001.

“Nothing has changed on that front.”

This comes after Taliban spokesperson Zabihullah Mujahid said music would not be allowed in public.

He said: “Music is forbidden in Islam but we’re hoping that we can persuade people not to do such things, instead of pressuring them.”

The Afghanistan National Institute of Music’s founder and director, Dr Ahmad Sarmast, told the BBC: “The students are all fearful and concerned.

“They clearly understand that if they return to the school, they might face consequences or be punished for what they’ve been doing.”

The Taliban’s rules also reportedly ban women from being in TV broadcasts and on radio.

Women and girls were severely oppressed, including public executions, when the militant groups ruled Afghanistan in the Nineties.

Taliban leaders reportedly view unmarried – or widowed – women and girls aged between 12 to 45 as spoils of war to be divided among their fighters.

Taliban officials have denied they are enforcing sexual slavery and claimed such actions are against the rules of Islam.

Nick Carter, Britain’s chief of the defence staff, has previously said “this Taliban is a different Taliban to the one that people remember from the 1990s”.

“We may well discover, if we give them the space, that this Taliban is of course more reasonable but what we absolutely have to remember is that they are not a homogenous organisation – the Taliban is a group of disparate tribal figures that come from all over rural Afghanistan.”